A PAIR of childhood friends launched a successful app, after quitting their jobs to pursue their full-time side hustle.

Robyn Nicholl, 30, and Rachel Rockowitz, 27, created the app after living in Hong Kong and Canada because they were tired of being in crowded tourist spots.

The best friends, who joke that they’re ‘married’ because they’re so inseparable, have developed an app to rival TripAdvisor and help people find ‘hidden gems’ in foreign cities.

Robyn told MyLondon: “As we’ve both spent time traveling for work, we’d always want to know where the best places are.

“We were using Google Maps to find them, using Tripadvisor for reviews, and desperately asking friends for recommendations – it was just a never-ending process of trying to find, save, and share recommendations.”

Rachel contacted Robyn in 2018 with the idea of ​​launching “Step: Your World”, which has now been downloaded by over 50,000 people. 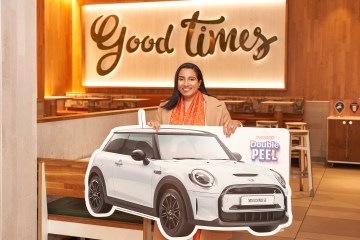 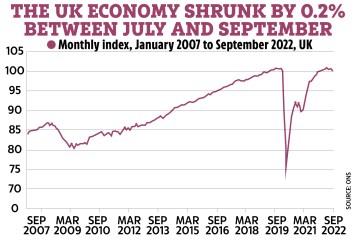 However, Covid forced them to put their plans on hold as travel became nearly impossible.

Robyn continued: “It sucked putting the project on hold and we quit our jobs so we worried about what was going to happen.

“We always thought it would be a travel app, but with Covid we realized that so many things were closing and opening and Step could be such a useful tool.”

Describing how the app works, she explained: “If you’re going to a meeting in a new part of London you’ve never been to or need a bar to find, Step can be used for that. .”

She added that it was a “blessing in disguise” to have the time to change how the final product works.

Step was launched last year and apparently combines elements from a number of social media apps.

Users can sign up and receive recommendations from friends in cities around the world on the best places to go, while helping them avoid tourist traps.

On top of that, there are ‘culture curators’, who can give recommendations and help people who may not know anyone in the city they are visiting.

These include Lady Amelia Windsor, model and granddaughter of the Duke of Kent.

Rachel explained, “If you don’t have any friends in town or anyone to follow, you can follow our curators. It can be a chef, a hotelier or an art curator for the culture section. We bring people who know the best places. “

You can also see where recommended spots are on the map and see photos of them online.

The more people you follow, the more you see on the map, which helps you find places to eat, stay, shop, and more.

Rachel said: “It takes away all that research that you had to do in the past, like finding the location and then searching for it, you do everything in one place.

“We wanted people to be spontaneous. Compared to other competitors, they could do things in lists or long write-ups.

“We thought it would be helpful to give people a map so they can view and find their route. These other platforms are huge, but we think there’s a niche we could fill. You’re in control the content you want to see.”

The app is aimed at younger generations, but Robyn and Rachel are confident that it can be used by people of all ages.

They currently have half a million steps (or recommendations) on the platform and hope to have the same number of downloads by the end of 2023.

WHAT TAX RULES APPLY TO STARTUPS?

The wheels are falling off the gig economy for Deliveroo

5 Surprising Hobbies That Could Make You Money

Deutsche Bank will start hiring in earnest in 2023