Last week, Schwach joined The Wave as its newest community editor after working as a freelance journalist for the past two years and following in the footsteps of his grandfather Howard Schwach, the former longtime editor. from The Wave.

It was Dec. 26, 2008, when 9-year-old Ryan Schwach got his first signing to The Wave as part of “Kids Korner,” a series of Rockaway students writing about their favorite sports and teams. Schwach, a four-foot-tall fourth-grader at the time, roamed the locker room of the Brooklyn Aces, a now-defunct minor professional hockey team based at the Aviator on Floyd Bennett Field, with a notepad and pen by hand and determined to get the job done.

“I love hockey and I love going to Aces hockey games with my dad and grandpa,” wrote Schwach at the time. “As no one was covering the team in the newspaper, I had the idea of ​​interviewing two players from the Aces.”

Little did Schwach know that this simple idea would germinate into a much higher vocation 13 years later.

Last week, Schwach joined The Wave as its newest community editor after working as a freelance journalist for the past two years and following in the footsteps of his grandfather Howard Schwach, the former longtime editor. from The Wave.

“When I was younger…he used to take me to Wave’s old office on Beach 88th Street, and I would run around [the] cabins with my brother,” Schwach said. “He’s done some great things with The Wave…trying to represent the voice of the Rockaways, and I really hope I can continue that, the legacy he left for so many years.”

Schwach, a fifth-generation Rockaways resident, grew up in Belle Harbor before moving to Arverne late last year. As a student, Schwach attended PS 114 and Scholars’ Academy, where his passion for writing first arose.

“My middle school made the mistake of giving us iPads in seventh grade…but I just used it to write it down in the middle of class,” Schwach said. “I wrote this really shitty short story, and this kind of thing was really important to me…I kind of caught this bug in sophomore year of high school.”

In high school, Schwach’s talent for editing became evident when he found errors in the school journal and pointed them out to his teacher’s dismay. This prompted Schwach to start his own online journal at school, a venture that ultimately failed.

It wasn’t until Schwach started classes at Brooklyn College in 2017 that his passion for writing and desire to meet new people sparked a genuine interest in journalism.

“Journalism was always something that…I always ‘flirted’ with growing up,” Schwach said. “I enjoyed it. My parents both worked for high school and college newspapers…but I never saw it as something I would do full time.

To get involved on campus, Schwach joined The Kingsman, one of the school’s student newspapers, and quickly rose through the ranks to editor-in-chief, a position he will hold until May 2019. Early in his freshman year, Schwach was assigned to help with a merger. between The Kingsman and The Excelsior, the school’s other student newspaper, and this time Schwach was successful and helped found The Vanguard that fall.

After a year as editor of The Vanguard, Schwach became the newspaper’s senior editor from late 2020 to early 2021, when Schwach graduated from Brooklyn College with a BA in film production. Along with various shorts shot in the Rockaways, Schwach had also built a portfolio of work between The Kingsman and The Vanguard, including an investigation of Brooklyn College’s koi pond and reporting on alleged exploitation of employees of lower level in school.

“It kind of gave me a lot of opportunities, a lot of signings, a lot of experiences as a journalist, kind of learning on the fly, self-learning, kind of learning by doing. “Schwach said. “Signings there got me jobs at the Rockaway Times for a year, then at the New York Daily News as an intern, then as a freelancer covering all five boroughs.” 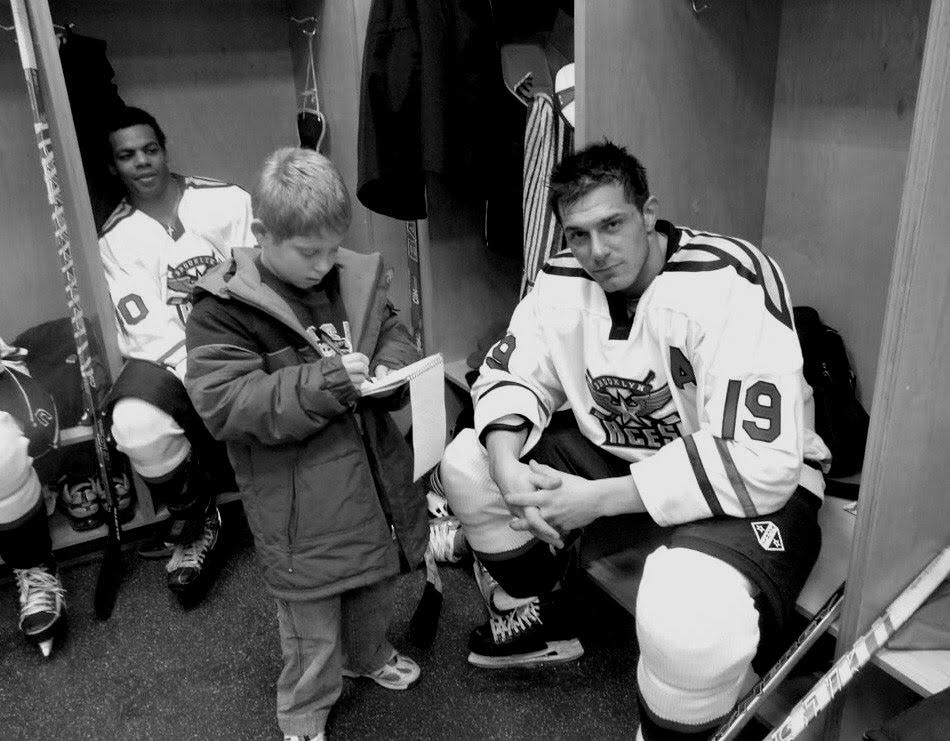 Seeking a job as a full-time journalist, Schwach seized the opportunity when former community editor Ray Vann left The Wave in late March to become communications director for councilor Joann Ariola, a while bittersweet.

“He’s such a good guy,” Schwach said. “He was always ready to hear my arguments even if they weren’t good. He really encouraged me to go out and do a lot of local things.

Vann and other editors during Schwach’s still short career helped him learn the ins and outs of journalism.

“Dylan Campbell and Quiara Vasquez at the University Newspapers, Professor Anthony Mancini, Barry Paddock and Esha Ray at the Daily News, there are a lot of people who taught me how to be a journalist, and I will always learn,” Schwach said. .

Schwach knew joining The Wave as Community Editor would not be an easy task as Vann left behind some big shoes to fill. It was Schwach’s wealth of experience, however, that convinced The Wave that he was the guy for this challenge.

“Trying to find a replacement for Ray Vann was an exhaustive process,” said The Wave editor Mark C. Healey. “I interviewed several excellent candidates, but in the end, Ryan [Schwach] had the most comprehensive skill set of the bunch. His experience leading The Vanguard at Brooklyn College and his internship work, which included the NY Daily News, were key to my final decision. He had been working with us as a freelancer since 2020, so he knows the Rockaway beat too. I’m really glad he’s joining the team.

“Ryan [Schwach] is a solid choice as a publisher with The Wave,” added Vann. “He inherits a great legacy passed down from his grandfather, and I’m sure he will continue to uphold The Wave’s solid reputation for journalistic integrity for years to come.”

With just one week under his belt, Schwach has already taken the lead in covering the latest news from Rockaway’s beach closures and juggling other stories as well.

“I’m doing everything I used to do as a freelancer…just on steroids,” Schwach joked.

Of course, the hustle and bustle of being a journalist isn’t new to Schwach, but he admits it will take some getting used to. For the past five years, Schwach has worked across from The Wave’s office at PICO on 129th Beach, tending tables and serving food.

“My bosses at PICO were definitely reluctant to cover my shifts, but they were very supportive of me taking a step forward in my career,” Schwach said. “Realizing that I don’t have to run down a hallway with a burrito is good, but it will also take some getting used to.”

5 home nursing jobs you can do from anywhere

The Bookless Club and the Anatomy of Composting